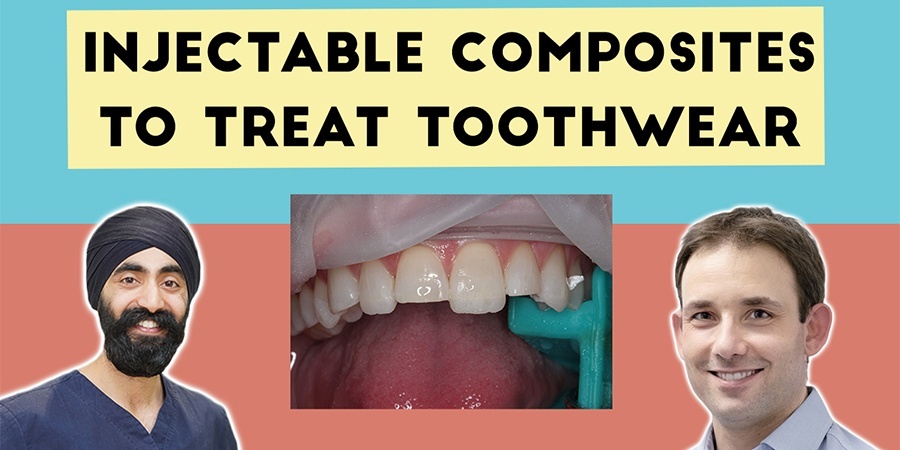 How to use Injectable Composites to Treat Toothwear – PDP081

Protrusive Dental Pearl: How to improve the resistance form of ceramic onlays: Use a big fat round bur, sink it into your composite core (be sure you’re drilling into core material and not sacrificing healthy tooth structure) and allow your ceramic to extend into that to help your onlays stay on when you’re trying them in.

If you enjoyed this episode, check out eMax Onlays and Vertipreps

Want to learn more? Do check out this one-day course by Dr Kostas with GC UK

Opening Snippet:The filler content of G-aenial universal injectable which is the material of choice for me now is 69% This is actually higher than some of the composite pastes out there so i'm not going to say that it is stronger but the myth of flowables are weak is a myth...

Jaz’s Introduction: Wait hang on a minute you’re going to use flowable composite and you’re going to squirt it inside a clear stent and then you’re going to expect that to hold up when it’s restoring anterior tooth wear? Have i got that right? This is exactly what i thought when i first came across this technique but you have to understand something. That is not regular old flowable composite and there are some micro details to gaining predictability which is exactly why i’ve got Dr Kostas Karagiannopoulos Kostas, I’m so sorry if i perverse your surname there. He is a phenomenal dentist based in the UK. He’s a fantastic restorative dentist and he teaches on this technique so who better to talk about this technique than Kostas. He’s gonna go through the entire workflow from case assessment to see who is suitable for injection molding composites to how to execute it and some key gems to take away. So if you were to do it monday morning, you’re going to gain a lot from this episode. The Protrusive Dental Pearl before we go straight into this really cool episode is the following right? So many of you are placing let’s say Lithium Disilicate onlays, right? The problem is when you get them back from the lab on the model they fall off really easily or when you put them on the tooth to try it in like there’s no resistance form. There’s a real lack of resistance form on these on layers therefore they just fall over the place.So if you have a composite core in place. I’m a big fan of getting the biggest, fattest diamond bur you have which is around or spherical in shape and just sinking in until you get this kind and if those of you watching right now will describe. If you’re listening it’s like a you see like a semi circle or a half sphere drilled into the composite and what this does is that the ceramic will now have this extension of this half sphere into it so that now it’s less likely to fall off the model and way less likely to fall off when you’re trying it in. Now it’s debatable whether this actually improves the resistance form of the restoration technically anything that opposes your finger removing a crown improves the resistance form so technically it does but you do it for just convenience really and as long as you’re drilling into core material and you’re not sacrificing healthy tooth structure then i think this is a great little technique tip. So i hope you followed along there. So use a big fat round bur, sink it into your core and allow your ceramic to extend into that to help your onlays stay on when you’re trying them in. So let’s join Dr Kostas and i’ll catch you in the outro guys.

Jaz’s Outro: Guys i hope you enjoyed that episode you should totally check out Dr Kostas’ work on instagram. He is such a giving clinician he’s one of those people who’s always sharing knowledge and honestly, his occlusion knowledge is up there he’s a clinician i really really aspire to be like. So i hope you enjoyed that do check out the pdf download once again on /injection and i’ll catch you in the next episode.

Episode 103
How to use Injectable Composites to Treat Toothwear – PDP081
Loading Comments...