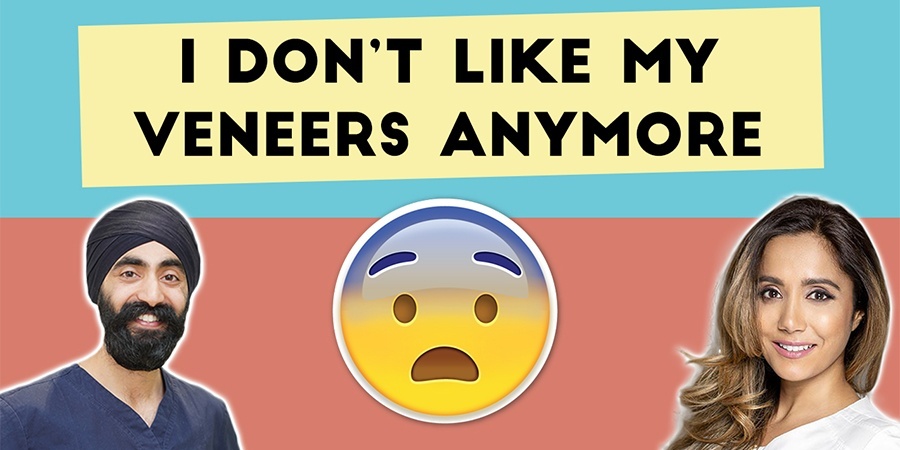 You place some veneers and your patient leaves in tears of joy. Imagine getting a letter a few weeks later to tell you that the patient now HATES her veneers and would like a full refund. That is soul destroying stuff, and it’s NOT about the money!

Within the context of this specific scenario where 6 veneers were placed, we discuss:

A. How this could have been prevented

B. How to handle the veneers that are ‘bulky at the gumline’

C. How to handle this refund request…!

You can check out her course on Designing Smiles website

If you liked her episode and want a full hour of Veneers from preps to Temps, check out Everything Veneers with Manrina Rhode

Opening Snippet: You pour your heart and soul into a treatment. You like study extra, you go on extra courses, you want to give your patient the best they can get so when it comes to like cosmetic dentistry, veneers remember your first couple of veneer cases like you really think about it. You really go that extra mile to make sure your patient is ecstatic at the end and then you get a letter saying that i would like a refund for my veneers like that crushes you right?...

Jaz’s Introduction: So this my friends is something that was experienced by one of the Protruserati. She’s going to remain anonymous and i really wanted to help her. So i’m recording here on sunday as in like an emergency episode i message Manrina Rhode, veneer queen who else right about how to tackle this scenario. So the scenario is basically you do some, you place six veneers for a patient and she’s really happy, she approves the try-in, she approves a mock-up even, she signs your consent form, she leaves really pleased on the day that you fit the veneers and then you get a letter and you think this letter is gonna be a thank you letter but actually it’s letter say that i have gone and got a second opinion from so-and-so dentist pg, dip aesthetic dentistry and implant density blah blah and we both agree that the veneers are too bulky. So the main complaint was actually i think my, by the gum line they’re too bulky and i don’t like them anymore without actually telling the dentist. They just wrote in like out of the blue right and i would like a full refund of all the treatment. So this dentist wrote to me to say that she’s really upset that this has happened and she followed the whole protocol and she worked so hard and she’s a really awesome progressive forward-thinking dentist who has put a lot of time and money into her education so i felt really crushed for her because of one sentence she said that she she’s really lost confidence in herself and we will all lose confidence in ourselves in some procedures throughout our career. It happens it’s inevitable and i want to make this episode to help her out and so that we all as a group can learn because we all have patients, veneers patients in particular right because i’m happy to say that patients who come seeking veneers they’re all a little bit crazy let’s face it. They’re a little bit crazy i think and we have to be wary of body dysmorphia. So i pitch this scenario to Manrina Rhode, how would she advise handling a scenario A) had to prevent this from happening in the first place that you don’t have an unhappy patient. B) now that a patient has complained of bulk veneers, is it okay to prep them down? How do you manage that? and C) should this dentist give the money back to the patient? What does Manrina think? I actually felt bad about asking Manrina this last question because very tough question to ask. I really twisted her arm at the end so anyway i hope you enjoyed this group function and i hope you gained value from it thank you so much.

Jaz’s Outro: Manrina thank you so much for giving up your time today and i think it’s gonna serve this young lady but serve a lot of dentists who are about to have such an issue and that can avoid it or have have suffered with similar issues in the past and can now really reflect together. So thank you so much for sharing your expertise today have a lovely week.