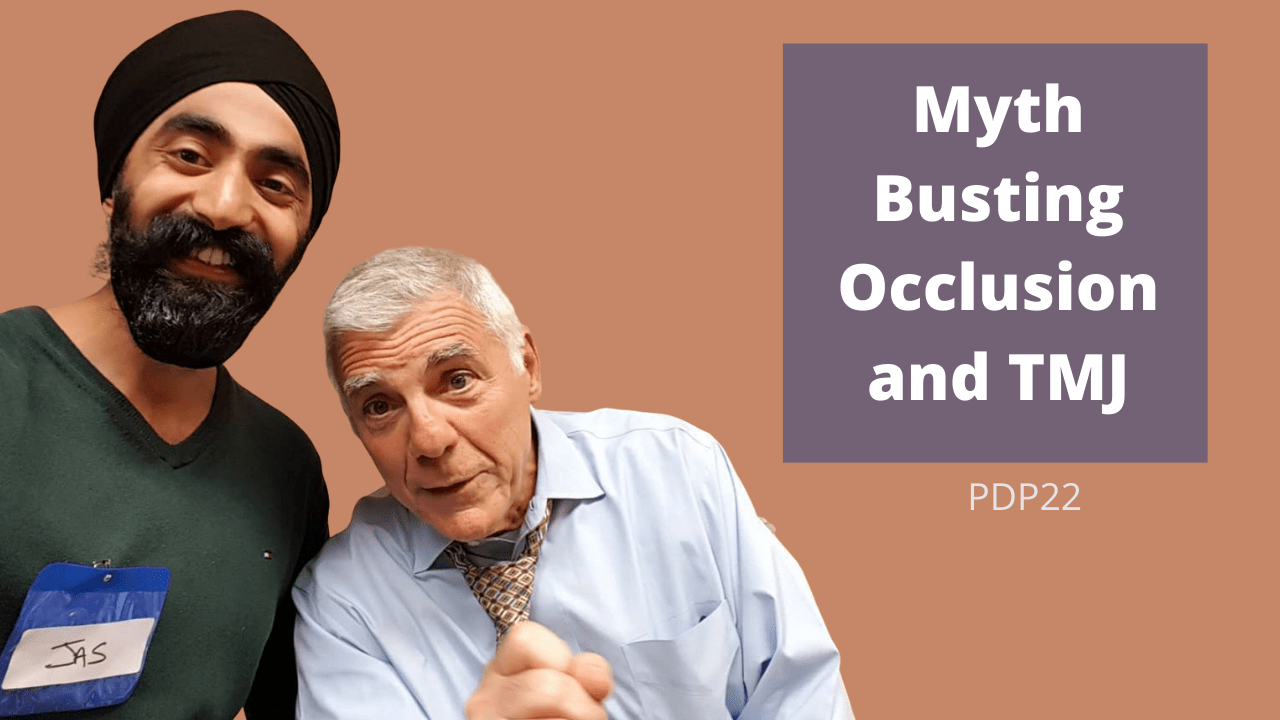 I recorded this a few weeks ago and recently finished editing it (always enjoy chatting with Barry G) – I was pretty much ‘shy’ and dare I say ’embarassed’ to post this/make it public because in the grand scheme of things, our world is being rocked by Covid-19 at the moment and we have so much to worry about…

But then two people independently sent me a photo on Instagram of them at home watching my YouTube/IGTV interviews I posted recently telling me they are learning so much from the guests on Protrusive.

If this video or any of my content can get you to chill on your sofa and learn while you #stayathome – then that would be awesome.

Sending my best wishes to all – stay home as much as reasonably possible 🙏🏼
I hope all this will reunite our profession.

– Jaz shares a Parable of the 12 Blind Men relevant to TMD and makes a mess of it!
– We discuss if the role of teeth/occlusion/malocclusion/Restorative really has a role to play in TMD/pain?
– What is macro trauma and micro trauma, and how is it relevant to TMJ pathology?
– What is Barry’s message? What does he mean by ‘Occlusion does not matter unless you’re occluding?’
– Why MIP is pathalogical
– We discuss Confirmation bias in Dentistry
– Can we reliably stop parafunction?
– What adjunctive support therapies are prescribed for complex oro-facial pain patients?
– Can you use an AMPSA with a patient with Degenerative Joint Disease?
– The first 20mm of opening is pure condylar RO- NOT! It’s not pure rotation!
– What is an Enthesis and why is that relevant?
– Can you give an anterior only appliance to someone with clicking?
– Why might a patient say their click has now stopped?

Opening Snippet: Welcome to the Protrusive Dental podcast the forward thinking podcast for dental professionals. Join us as we discuss hot topics and dentistry clinical tips, continuing education and adding value to your life and career with your host, Jaz Gulati...

Jaz’s Outro: Thank you so much for watching or listening all the way to the end. I really appreciate it. Please share it far and wide to your dental colleagues if you enjoyed it, and I’ll catch you in the next episode. Like I said before, I’ve got so many recordings lined up that I’m really excited to get them out. Some really great pediatric stuff, a really revolutionary episode about how to look after your back as a dental professional, which is going to shock you I kid you not. So I look forward to getting all that out there. And thanks so much for supporting my podcast by listening to it and I’ll catch you in the next one.