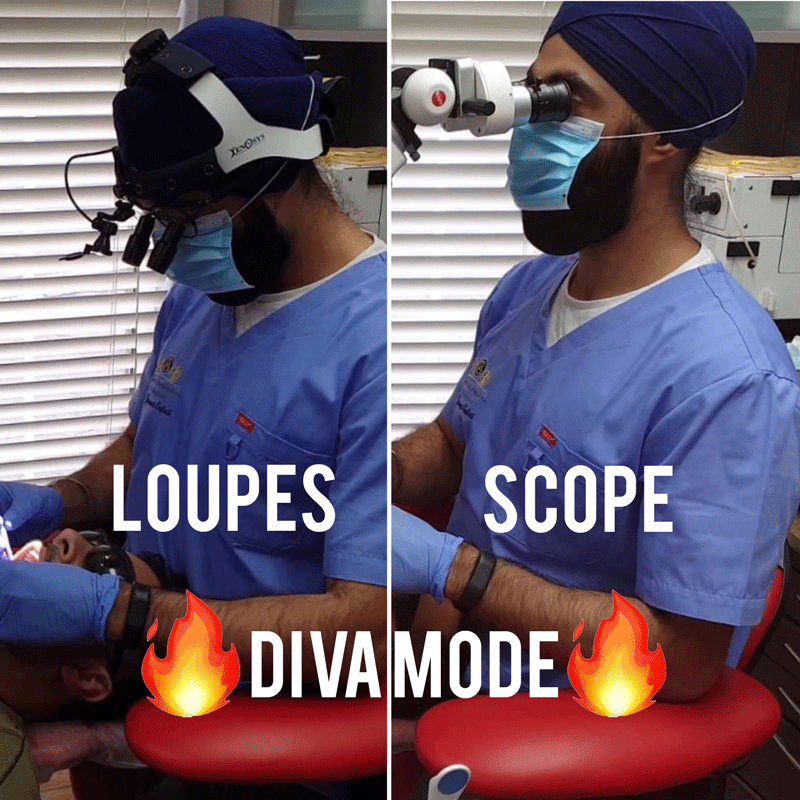 I hope you enjoy my discussions with Dr Neel Jaiswal who founded the British Academy of Microscope Dentistry.

In this podcast we discuss:

If you liked the sound of Mahul Patel’s PrepEvo course, find out more about how to make your preps awesome.

Opening Snippet: Welcome to the Protrusive Dental podcast the forward thinking podcast for dental professionals. Join us as we discuss hot topics in dentistry clinical tips, continuing education and adding value to your life and career with your host, Jaz Gulati...

Jaz’s Introduction: Jaz, Why do you have this American dude doing introduction? That’s often a question I get. And the answer to why I have this American do doing is brilliant. Doesn’t sound really professional really good. I really like it myself. I’m blowing my own trumpet if you like for choosing this guy. Where did I find this American guy to do my podcast intro. So there’s amazing website called fiverr.com. That’s F-I-V-E- double R. There’s two Rs at the end. And the concept of this website when it initially began is for five US dollars or about at five pounds. You can get lots of different services. I’ve had logos made. I’ve had my introduction made for this podcast, you name it. There’s lots of artistic stuff out there. So check out fiverr.com and it’s not even been a minute wouldn’t this podcast and I’ve given your Protrusive Dental pearl number one there already. So it’s been a busy few weeks. For me I was in Dubai earlier this month on a course. The course was by a chap called Lukas Lassmann, Polish dentist, who basically teaches about full mouth rehabilitation concepts. He basically preaches the John Kois, the Kois school of thought, and I thought it’d be good to go to Dubai to get some sunshine, my wife as well, while attending this course. And that was really cool. I’m also doing the Dawson Academy from next month modules to be in May, so I’ll be sure to share my experiences with that. But last week, I was at Mahul Patel’s PrepEvo course. And that was amazing. We do a prep, let’s say for a full gold crown upper right six, and then it gets scanned in by you know, one of those prime scan, dentsply, [sironen] scanners, and instantly, it tells you how close your preparation is to the gold standard proper preparation, which they call the [Gold Particle]. And it was amazing to see instantly how good or otherwise your prep was. And then he teaches his protocol Mahul Patel. He teaches his protocol how to get better preps if you’d like and then we prep it again. And then we get scanned again. And instantly we see if we’ve gotten better or some people actually get worse because you know, it’s a new technique you’re learning, the average sort of score that a dentist gets out of 600 sort of preps that have been done possibly more is 18% Mahul told me. So 18% of the preparation is to within 0.1 millimeters of the Gold Particle. So I was quite shocke 24% first time around 40% in second time round, and I really benefited. I think my preps come Monday morning will always be better now from going in that course. So if we’re looking for a prep course, with someone who’s a great educator, I really recommend Mahul Patel’s PrepEvo course, do check that out. Today, of course, we have Neel Jaiswal, we’re talking about magnification, we’re talking about microscopes, loupes, all sorts, what I’ll do is I’ll just tell you which part of the podcast today sort of covers which topics. So the first 15 minutes or so is about the importance of magnification, and illumination. And if you’re looking to buy your first pair of loupes as a student perhaps, and the transition from loupes to microscope, the second third is about why buy a microscope? Is it affordable? Is it a return on investment? And something I share with you, which I think was quite funny, actually, is that diva mode, I created this find out what diva mode is okay, that’ll be in the second third of it. And the final third, it will be basically more specific microscope based advice about the what sort of lens cause you’re looking for. The advice on what to look for in a scope, should it have a fixed or reclinable head for example, secondhand scopes, because they are very affordable compared to let’s say a brand new scope, and how to get around the difficulties and photography during when you’re using a microscope. And it’s actually the whole point, the whole interview with Neel is littered with a really good communication gems, and Neel is a true gem as you’ll hear. The second Protrusive Dental pearl I want to give you today is when you’re doing your composites, let’s say you’re doing a posterior composite. I’m hoping everyone’s checking the occlusion so I check it with let’s say red aquatherm papers about 21 microns and I get them to buy together I take an intraoral camera photo of that and trying to replicate the marks later. But when you actually isolating your rubberdam and you’re trying to make the restoration, anatomically correct with good form, and with that will follow function. And often when you remove your rubberdam, check in occlusion a lot of time you’re beautiful and that moves being completely wiped away. So the tip I have for you to reduce the amount of adjustment that you need to do is let’s say you’re replacing a leaking carrier amalgam. You remove half the amalgam, okay, and you put your Williams probe inside and you measure the height of that amalgam and you know How much composite in you to fill there in sort of midsection. And then of course, you can add your cuspal inclines in. So the tip is to measure with a Williams probe once you’ve removed half the restoration, and that will give you a guide as to how much to build up your composite resin. So hope you’ve enjoyed that. And please enjoy this podcast. And I’ll see you after the interview just to summarize everything.

Jaz’s Outro: Thank you guys for listening. I hope you enjoyed that interview with Neel Jaiswal. If you did enjoy it, please subscribe on iTunes or Google podcasts or wherever you listen to it. Please like the Protrusive Dental podcast Facebook page. So I can keep tabs on people who are interested in my content, gone website, jaz.dental to download any show notes, my future shows. I’ve also got something for students coming up. It’s called How to Ace your dental exams. I’ve got Prateek Biyani coming on that so that’d be great to catch up with him as well. And I’ll catch you the next one. Thank you.