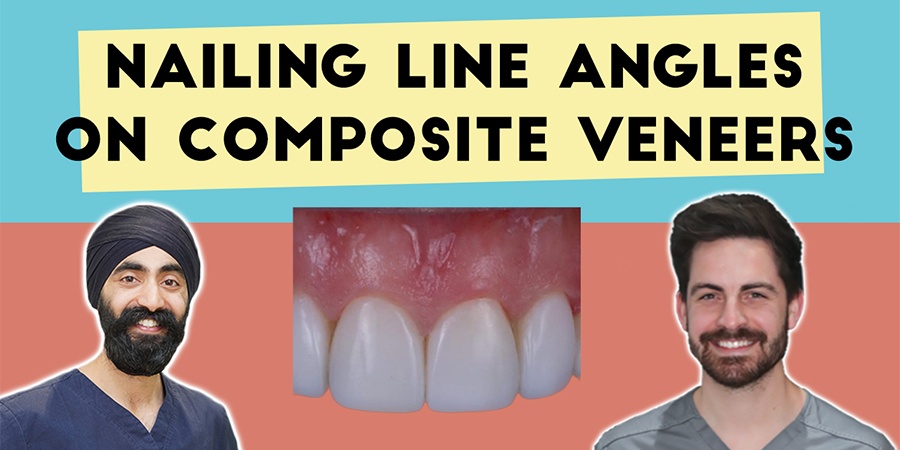 How to get Perfect Line Angles for Composite Veneers – GF007

When it comes to direct composite restorations, shape is more important than shade. Mastering primary anatomy with well defined line angles is the difference between mimicking nature or ending up with flat white blobs with no definition. In this Group Function I’m joined by Dr Matt Parsons who answers the following question from the Protruserati:

Once you have drawn on the desired line angles, how would you suggest to really define them? When using bur or disc I tend to find I get a result which is rather flat and lacks line angle definition.

If you have any other questions that would make a good group function, please do message me on @protrusivedental Instagram page or the Facebook Page

If you enjoyed this, you will like my 3 reflections on a Composite Veneer case.

Opening Snippet: Hello Protruserati. I'm Jaz Gulati and welcome to this group function all about line angles this was inspired by Dr Devin Mandalia...

Jaz’s Introduction: I’m going to ask Devin’s question now. So in episode 52, I gave a protrusive dental pearl about the use of a pencil on its front and on its side to reveal different things about the line angles when you’re doing direct composite restorations like veneers for example and on that youtube video of the protrusion dental pearl Dr Devin Mandalia, Devin thanks so much sending your question buddy. He says once you have drawn the desired line angles, how would you suggest to really define them when using a bur or a disc? I tend to find i get a result which is rather flat and lacks the line angle definition so i got someone who’s absolutely phenomenal at line angles i look at Matt Parsons cases on instagram and every single case he’s absolutely nailed the line angles and i think that is really the most fundamental thing about what defines the anatomy of your in sciences is about getting those line angles crisp and perfect so they don’t look like flat tic tacs. So Devin, i hope you enjoy and everyone hope you enjoy this group function with Matt Parsons all about how to redefine those line angles. Thanks so much.

Jaz’s Outro: Thank you Matt for coming on the podcast to help us with nailing our line angles. I hope you enjoyed that guys like always follow @protrusivedental and if you have a burning question, a small issue that’s a big problem in your life then do share it with me and i’ll find someone to nail it for you so you can be a better dentist monday morning. Thanks guys for joining me and i’ll catch you in the next episode.

Episode 86
How to get Perfect Line Angles for Composite Veneers – GF007
Loading Comments...