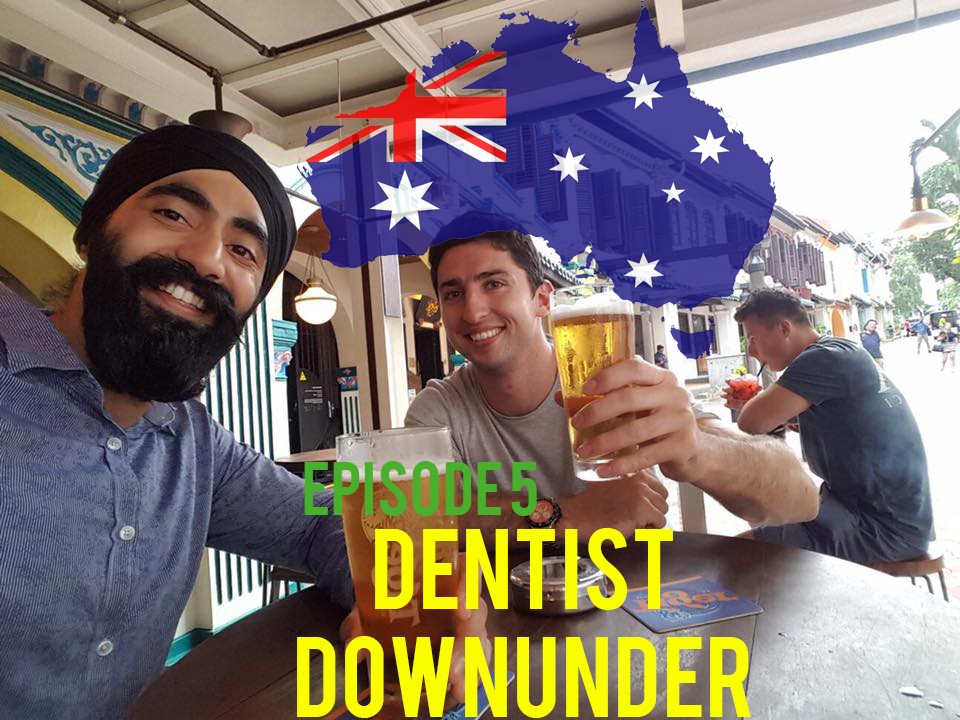 Episode 5 is an interview with Dr Robert Conville (@robconville) who shares his experiences of working in Australia with a BDS degree from the UK.

This episode’s protrusive dental pearl is about how to get perfect moisture control for those difficult class V restorations.

Opening Snippet: Welcome to the Protrusive Dental podcast the forward thinking podcast for dental professionals. Join us as we discuss hot topics in dentistry, clinical tips, continuing education and adding value to your life and career with your host, Jaz Gulati...

Jaz’s Introduction: Hello everyone and welcome to episode five of the Protrusive Dental podcast. As promised, this one is about Australia. It’s for dentists who are looking to move to Australia, which for so many years has been such a popular destination or place for dentists to consider going to. Many Dentists have moved there and settled there. While some have actually gone there had a great experience, make great memories and come back to raise their families back in the UK or wherever they are in the world. I’m joined today by my good friend Robert Conville and similarly to the one where I was joined by Surinder Aurora for Expat Dentist in Singapore that was episode number one. This one’s about giving you advice and tips if you’re considering moving to Australia for dentistry, or if you’re already there, how to look out for job opportunities, how it works with other people, spouses, visas, all that sort of stuff. Before I get to that though, today’s Protrusive Dental pearl is a trick to get excellent isolation for class five restorations. Class fives are typically on dentine or root dentin and therefore suffer with less predictable bond strengths to resin composite. Isolations always trickier. I’m a huge fan of using rubber dam for all if not most of my composite were appropriate. But sometimes, if rubber dam isolation actually makes your restorative dentistry more difficult then I’m against using it. So even if you have a class five cavity, and you’re using rubberdam. And even if you use your Brinker B4 clamps to really get maximum retraction, then those who use rubberdam on a daily basis will still know that there’s a degree of seepage that happens around the rubber dam. So what do you do then? Well, the tip I picked up from Pasquale Venuti in Sydney, is to use ptfe tape packed into the sulcus. Now, depending on the biotype you’re dealing with, you can use it rolled up like a retraction cord, or you can use it like a napkin almost and just pack it inside the sulcus. Don’t take my word for it, try it, the cavity will be bone dry and even inspected in a microscope, you’ll find that there’ll be no moisture seepage at all. So I mean, I know there are a myriad of uses of ptfe tape, and that could probably fill a hole shown itself. But this one is one of my favorites. So let’s now join Rob and talk about Australia.

Jaz’s Outro: Well, I hope Rob’s experiences and know how has helped you in some way. He’s a very helpful person and one of the nicest guys around in dentistry. So do reach out to him if you need any further information or help. He’s very supportive. Please stay tuned for the next episode, which is going to be absolutely huge. Can be the biggest one I’ve done yet. It’s got several people speaking on it, giving different perspectives, answering such a big question, that question that crosses everyone’s mind at some stage whether the beginning of the career or even the middle of the career is Should I Specialize? Should I pursue extra degrees? Should I do an MClindent in a certain subject. So we speak someone who is doing prostho, someone who’s done the conservative MSC at Eastman, people who do are doing orthodontic diplomas. I’ve got loads of people in the show giving different perspectives, GDPs as well. Team GDP. We’ll be talking about the pros and cons, financial aspects, anecdotes specialization. So it’s actually a really big one. I hope it’s gonna be really helpful to people early in their career or in the middle of career considering whether it’s worth specializing. So again, if you liked this episode, please do share it. Like the Protusive Dental podcast page on Facebook and register on www.jaz.dental if you want email notifications of new episodes and free content, which I’ll be putting out. Peace out.