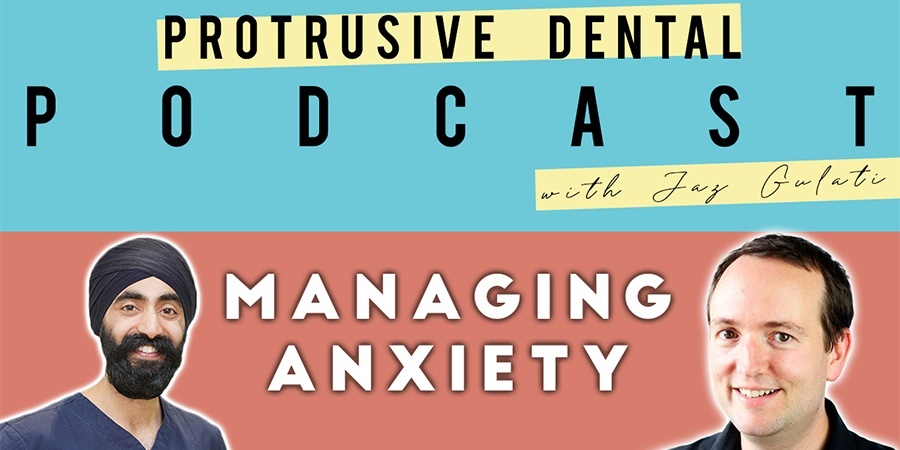 What Every Dentist Should Know About Managing Dental Anxiety – PDP050

When Mike Gow first told me that he helped place dental implants on patients WITHOUT local anaesthetic, I thought he was lying. Then I found out they have also done a sinus lift without LA…what?!

You read that correctly! Mike Gow has centred his practice around the management of nervous and anxious patients. Don’t you think we can learn so much about management of dental anxiety from someone who has achieved the above?

This is exactly why I brought him on as my guest of honour for Episode 50 (50 not out!) and you will love this, gem-packed podcast with valuable ways to help us become better Dentists to anxious patients.

The Protrusive Dental Pearl is to check out Anydesk (it’s free!) to gain remote access to your work computer in a secure way, so you can access X-rays and treatment plans any time, from any where! This has helped me on so many occassions!

His practice, the Berkeley Clinic

And of course, Mike on the news!:

If you enjoyed this episode, you may also like Dr Libi’s 2 episodes on Paediatric Dentistry!

Opening Snippet: I see myself like, cocktail waiter, okay? The patient presents and tells me what kind of you know we work on what kind of thing is needed. And now it's up to me to decide how much of this is going to be pharmacological, how much behavioral, how much technological, and we make this mixture that's unique to that person...

Jaz’s Outro: As always guys, thank you so much for listening right to the end. I hope you enjoyed that episode with Dr. Mike Gow. Wow. I mean, I just still can’t believe the kind of stuff you can do with just words and body language and suggestions and hypnosis. It’s just absolutely crazy. And hats off to Dr. Mike Gow, thanks so much for coming on and sharing that with us. Remember guys, my podcast is one the only dental podcast in the world where you can get CE or CPD via dentinaltubules.com. And so it’s great value just for that, you know, if you’re listening and you want to get your CPD go to dentinal tubules. To get that you just have to acknowledge the aims objectives and answer the question. So you don’t have to listen to me all over again, you just go ahead and answer the question. So it really can’t be any easier than that. And if you enjoy these episodes, could you be a massive favor and share it with a friend share it with a buddy. That’s how the podcast grows and that’s how I can find more guests and have the highest caliber and how the podcast grow. So I really appreciate that if you could thank you and join me for the next episode.

Episode 59
What Every Dentist Should Know About Managing Dental Anxiety – PDP050
Loading Comments...