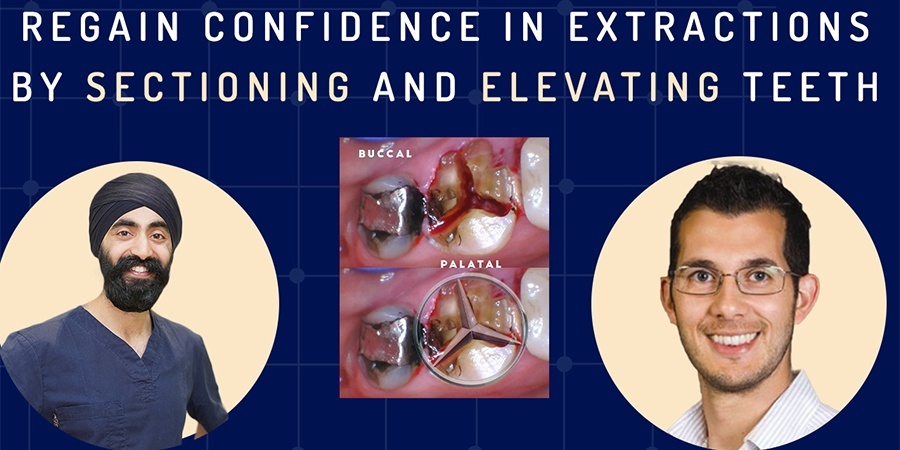 I know some of our colleagues who have completely lost confidence in extractions and they are crippled by the thought of failure or having to ‘start a surgical’. I think being good at exodontia is fundamental for successful Dentists and it was my mission to bring on Oral Surgeon Chris Waith who will help you regain your confidence. The secret, we think, lies in your ability to section and elevate roots! Listen or watch now to find out why – guest featuring Dr Zak Kara!

Protrusive Dental Pearl: Be able to section teeth. If you can learn how to section roots and know WHEN to do it and HOW to do it safely, you will dramatically increase your success rate for dental extractions.

“I always say to Dentists that you should have a plan A, plan B, plan C etc. Don’t just go in with plan A and carry on with it..” – Dr Chris Waith

Dr Chris Waith and Dr Zak Kara are here to join help us in stepping up our extractions game.

If you enjoyed this episode, check out Why and how you need to Improve your Tooth Morphology – PDP046

Opening Snippet: Because i've had lots of painful and embarrassing experiences in the past which made me realize I need to skill up and the number one thing i found is that when i started to section teeth that's when extractions became much more predictable for me. That's when i managed to really gain a lot of confidence in extractions, the ability to section...

Jaz’s Outro: So hope you found that useful and i hope you’ll find the rest of the episodes coming out in august which is devoted to back to basics. I hope you found them really useful, really informative and catch you in the next episode.