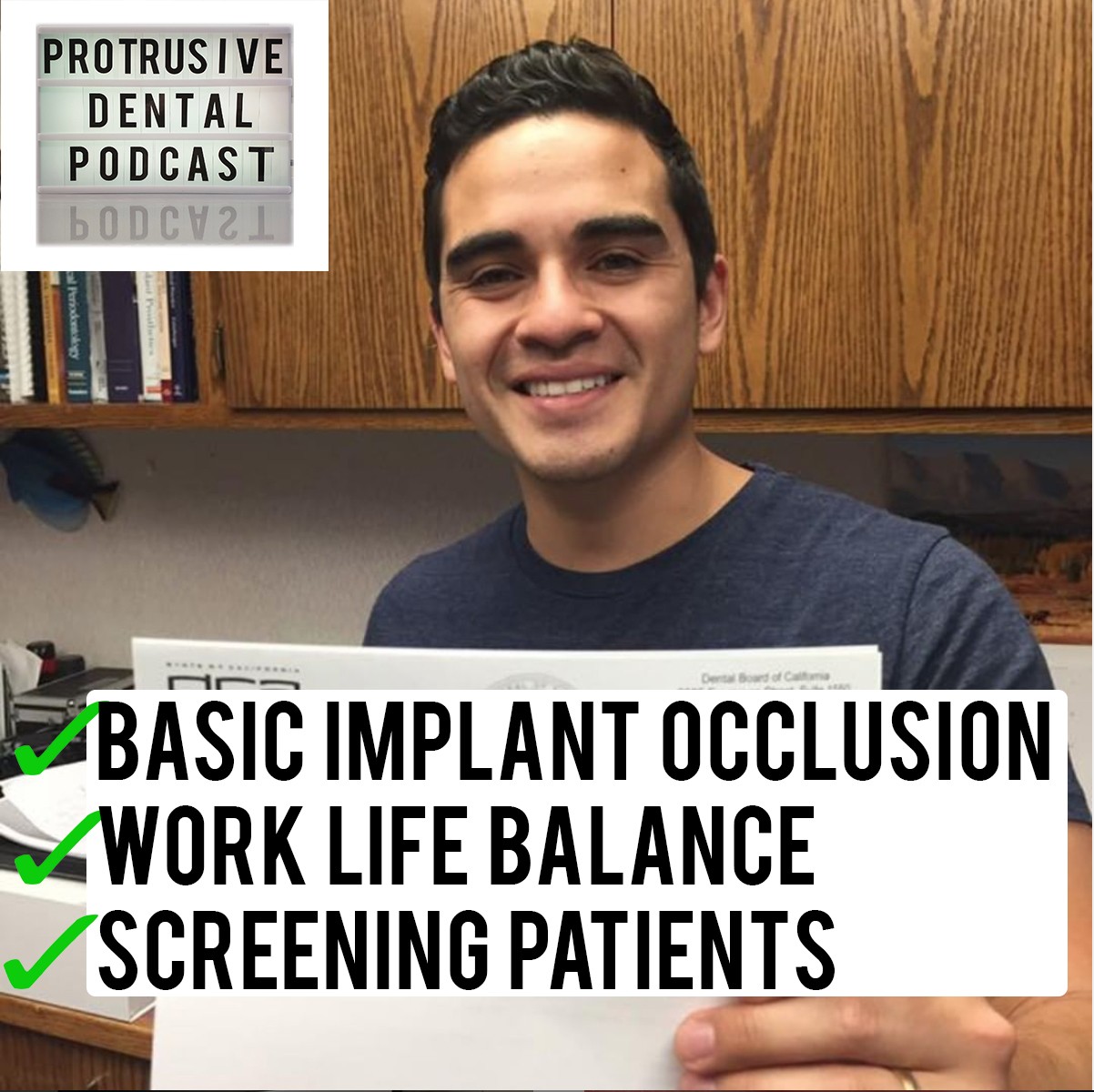 Sorry about the delay fellow dental geeks – I have been enjoying fatherhood, revising and sitting my Ortho Diploma exams, and then was part of the epic experience that was Dentinal Tubules Congress 2019!

Now I am ready to edit more episodes =)

In Episode 12 I am joined by Ivan, aka The Implant Ninja!

As promised in the episode, the link for early, early bird registration for Tubules Congress 2020: https://www.dentinaltubules.com/congress-early-bird

Main Interview: [Jaz]
Ivan, aka implant ninja. Thank you so much for joining me. You are from the States. Where about in states you speaking with me from?

Unknown Speaker
So I’ll give you an example I, there was a patient that I placed in so, it was a scenario, where I go to other offices to work in their clinics, sometimes, and some clinics are faster paced than others. And I’m not proud to say this, but for one patient, I, you know, he had a treatment plan already, he had an implant already treatment plans for number 11. I looked at it, I was like, ‘Okay, great. Looks good. Let’s do it.’ So I did the implant. And then I went to restore him, you know, four months later. And then I was delivering the crown. And I kept checking the occlusion and the occlusion would never go away. So like, my blue dot never went away. Right? And I kind of took a step back, and I looked at the whole scenario. And it turns out that in his entire mouth, even though he had, you know, he had most of his teeth in his entire mouth. He was only occluding on the tooth that I was delivering. That was the only one. And so you know, he came back a couple times because the prosthetic crown kept fracturing. And he was a case parafunctioning on top of that. So I do see that my patients that have parafunctional habits tend to have more screw loosenings. Just kind of like, from my experience, but I don’t know if it’s, you know, directly related.

Jaz’s Outro: So I hope you enjoyed that episode with Ivan. He shares lots of really lovely tips. You know, implant occlusion, work life balance. You know, our wishes daughter Olivia all the best and know at the time of this episode coming up, he’s probably in Seattle with his wife and Olivia undergoing her operations. So I hope everything goes really well for you, Ivan, when you’re listening to this. All the people listen to podcasts are with you and you know, our thoughts with your family. Thanks for sharing some amazing knowledge with us. Really appreciate all the stuff about red flags, and deal breakers which I think everyone will love. Thanks for listening. As always, everyone, thank you for all the kind words you’ve been sending to me over the last couple of months. We appreciate it. And once again, join the Facebook page Protrusive Dental podcast, I share a few in educational stuff on there. So please do like the page and share it. Next episode I’ve got a couple of recorded actually, I think next one will be Prateek Biyani for dental students, how to smash your dental exams. I’ve also got a few more which I’ll sort of lay out on my Facebook page. But thanks again for listening. I really appreciate it. Leave me a review on any sort of podcasting platform you’re listening on. Catch you on the next one.