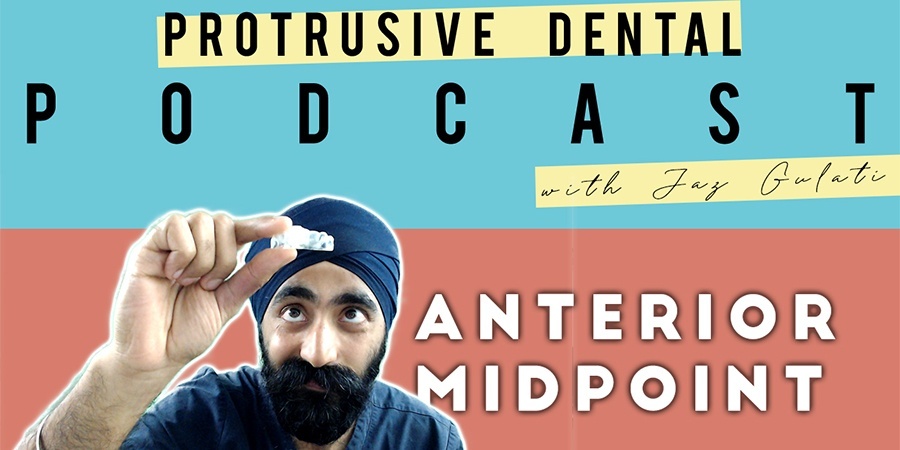 As Dentists we do not treat headaches – however, we can manage the parafunctional forces and you will be amazed at how many patients will reduce their use of analgesics after these appliances.

This is the big one….we finally delve deeper in to Anterior appliances as part of Splintember!

Lets talk about these really evil devices [/sarcasm] – the anterior only or segmental appliances, the ones dental school told me to stay away from…

There are lots of names/derivatives/ and brands for these such as:

I have decided the only way to make this work for those that listen to the podcast on your commutes and while you garden is that I will urge you to go on to the Protrusive Dental Community where I will post example photos and videos of the various appliances.

If you have not listened to Episode 8 with one of my mentors Barry Glassman – I really urge you to, we talk about these appliances and whether or not they cause an anterior open bites.

In a nutshell – many dentists condemn this appliance. They believe that by having a splint only on the front teeth, that the back teeth will over-erupt or dentoalveolar compensation will take place.

Does that happen? – NO, they do not tend to cause a Dahl effect for the following reasons:

I was careful with my words, I specifically said they do not cause an AOBs due to the Dahl effect.

Technically, ANY appliance can cause an AOB due to muscle deprogramming and condylar repositioning +/- postural changes depending on which camp you believe in.

You can actually predict which are the patients this might happen to – once again, from any appliance, but because the anterior ones are more efficient at relaxing the lateral pterygoids, this is why they are implicated for it.

How does it work and which records do you need?

The way it works is similar to the concepts or rationale of anterior guidance which I discussed in the previous episode.

By not involving the back teeth – you are furthest away from that powerful nutcracker AKA the TMJ, and also due to the proprioception from anteriors, you are able to switch off the anterior temporalis muscles.

What does this mean?

What records do you need?

Find out all in this episode of the podcast – I will go even deeper with Part 2 – watch this space!

If you would like to join us for Occlusion2020 Virtual 2 day intensive program on 27th and 28th November, there are a few tickets left!

Join me in Part 2 where we will talk about:

Opening Snippet:As dentists we don't primarily treat headaches but we can manage the power function now you'd be amazed about how many patients have stopped taking analgesics after i prescribed these sorts of appliances...