In this episode with Dr. Carlos Sanchez, we’re going to take a look at the concept of additive equilibration as a way of managing tooth wear. In other words, it’s an occlusion-based technique that involves adding composite or ceramic to achieve the ideal restorative results and we’re going to try to help you understand what that is. There are also some themes that are discussed in the same way as the Dahl technique.

Protrusive dental Pearl: Keeping PTFE tape secure – a straightforward trick I found to keep the PTFE so it doesn’t get sucked away is to floss the PTFE through more distal contacts. It gives the PTFE some security and resistance to being sucked away. So it’s not going to make that horrible sound and you get to keep that PTFE in the stable place!

If you want to improve your skills and your understanding of occlusion, I’ve set up a free monthly resource for you starting this August! Just head to www.occlusion.wtf to sign up for monthly occlusion goodness.

Highlights of this episode:

Check out CaSi 3C Instrument and all the other instruments that Dr. Carlos has made. Distributed by CosmeDent and Enlighten Smiles in the UK

Another instrument you need to check out on Dr. Carlos’ website is this Vacu-Grip. This little plastic insert that fits in your suction would hold your crown like an extra gravity.

If you liked this episode, you will also enjoy Basics of Occlusion

Opening Snippet: Hello, Protruserati, I'm Jaz Gulati and welcome back to your favorite place to grow as a dentist. In this episode, we're discussing additive equilibrations for managing tooth wear.

Jaz’s Introduction
So this is an occlusion-based one. Dental students and young dentists, it’s a lot of things that we discussed that might stretch your mind a little bit. So if you’re new to the world of occlusion, you might have to listen to it a couple of times, you have to hit the books, you have to speak some mentors. It’s okay to listen to something that might be a little bit beyond your depth at this stage. Certainly, when I was doing inclusion, I had a lot of that. And I slowly, slowly, slowly, you know, gained more knowledge, spoke to more mentors gain new perspectives. So just because we cover some themes that you might not understand in this episode, doesn’t mean you shouldn’t give it your best shot. Now on that note, if you are looking for some basic, but powerful, impactful, actionable, and practical occlusion tips, then I’ve set up a free monthly resource right to your inbox. Starting from August, it’s worthwhile just joining now, if you head to www.occlusion.wtf, that’s right. It’s www.occlusion.wtf. Listen, I’m on a mission to demystify occlusion. So with this very practical gem that I’ll send you every month, I’m hoping to go a long way to help our peers. So do check it out, sign up, and I look forward to sending you some occlusion goodness.

In this episode with Dr. Carlos Sanchez, from North Carolina USA, we discuss treating the worn dentition with something called the additive equilibration technique. So people think a equilibration is usually when you get to a bur and start drilling teeth away. Well, this is additive equilibration, we are creating the “ideal occlusion” or “ideal occluding” scheme by adding for example composite or ceramic or whatever it might be to get to our ideal restorative results. So it’s not so much for equilibration. As you may know it before it’s additive. It’s restorative. There are some themes discussed, similar to the dahl technique, which is quite refreshing because in the USA, it’s not used as much so it’s nice to hear it in American dentist, Dr. Carlos Sanchez talking about the dahl technique and the way he did so I know you’ll enjoy this perspective. If you listen to the last few episodes with Dr. Javier Quirós. You know how much I love the CaSi instrument, well, actually Dr. Sanchez invented this instrument. So it’s something that’s distributed by Cosmedent or Enlighten Smiles in the UK, and I’ve raved on about it already. I’m not gonna go again. But I want you to check out all the other instruments that Carlos has made. They’re really amazing. I’m gonna show them off in the clinic. The other thing I found on Dr. Carlos Sanchez’ website is the Vacu-Grip. This is like $10 for five of these little things. And let me tell you why I fell in love with it, because I’ve got one now. So you know when you’re washing your ceramic, so you’ve etched your ceramic, maybe with a hydrofluoric acid for 20 seconds, like your Emaxs, for example. And then what I usually do what I hold the crown in tweezers or my glove, and I’d wash it, and make sure that I wash it over the sink, and that the sink has got some wet tissue paper inside. And the problem with that is it’s over the sink and it’s away from where I was initially, and it to get a little bit messy. So what the Vacu-Grip is, is a little insert, little plastic insert that’s got foam inside, that fits nicely into your suction. So I try this by putting the crown into the Vacu-Grip which goes in your suction, it’s like a little tiny black bit of plastic piece. And now I’m holding the Vacu-Grip that entire unit upside down and my crown is not falling. So it’s like extra gravity, it’s sucking the crown so that it’s not going to fall out. So I can even turn it all upside down and the Crown will not fall. So you can imagine that when you’re washing your ceramic. Now you can do it into the Vacu-Grip and the Crown’s not going to go anywhere. And it’s a nice and safe way to do it. So check out the Vacu-Grip and all the other products that Carlos Sanchez has on his website, that’s aesthecon.com. Again, I’ll put the show notes on the website protrusive.co.uk, and on the YouTube watching there. So you can see all the awesome instruments including the CaSi and a Vacu-Grip and all the other lovely brushes that he has on his website. There’s some really brilliant instruments that Carlos has invented. So he’s a true innovator when it comes to instruments in dentistry. And I hope to share some of those with you.

Today’s Protrusive Dental Pearl is how to use PTFE. So for example, we use PTFE in so many different scenarios, and one of the most annoying scenarios is when you are preventing the etch and the bond from contacting the teeth that you don’t want it to touch. So it’s a great way if you’re doing onlays, bonding onlays or resin bonded bridges or veneers or whatever, you know, I like to floss some PTFE into contact so now that he won’t hit that tooth, but the issue that we have in this scenario is that unless you are with your finger and thumb holding on to the PTFE it gets hoovered into the suction. It makes it horrible noise which is not very pleasant for your patient and gets very messy and it’s not so nice. It might even pull off your PTFE or just make that horrible unbearable sound which I absolutely hate. So there are a few ways I’ve seen some dentists manage it. They often get some liquiddam or, some flowable composite, and they sort of tack cure the composite onto the adjacent teeth to keep the PTFE there so it doesn’t get sucked away. But what I found really easy trick that many of you probably already do is once you’ve placed your PTFE, and then you manipulate it onto the more distal teeth, either will then floss that PTFE through a more distal contact. If you’re watching the video here, great, you get the idea. If you’re listening, just imagine you’ve put some PTFE through some contacts, and now you’re extending it. So let’s say you put it between the premolars, lower left first and lower left second premolar, you put it there, and now you can extend it on to the first molar, maybe even to the second molar, so that it’s long enough to cover all those teeth. And then you’re gonna floss it between the first molar and the second molar. Now that you floss that PTFE in that area, it’s no longer gonna get sucked into your suction. And it’s not gonna make that horrible noise. And it gives your PTFE some security and some resistance to being sucked away. So it’s not going to make that horrible sound. And you get to keep that PTFE in the stable place. So whether you keep the PTFE there the whole time, or you remove it after your etching and bonding, it’s up to you, obviously, how you want to do it, but it’s a great way to keep that PTFE stable. So hope you liked that little pearl. And let’s join Dr. Carlos Sanchez to talk about all things, occlusion and additive equilibration technique

Dr. Carlos Sanchez from North Carolina, USA. Welcome to the Protrusive Dental Podcast. How are you?

Jaz’s Outro:
There we have it guys, thank you so much for listening all the way to the end. So a few different unique perspectives shared there, which may be familiar to you already in terms of how you might be doing your tooth wear techniques but it’s always great to hear how other dentists around the world are managing their patients. As I said to you in the intro, I’m introducing a monthly email for free with some videos and occlusion tips to help you be a practitioner of occlusion. So why don’t you head to www.occlusion.wtf to join that free newsletter andI look forward to email you. Thanks so much again, and I’ll catch you in the next episode. 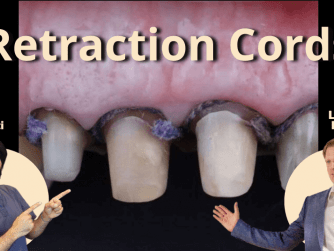 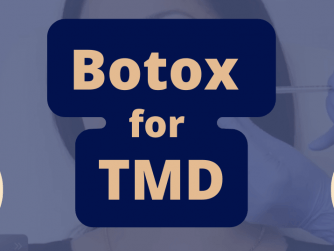 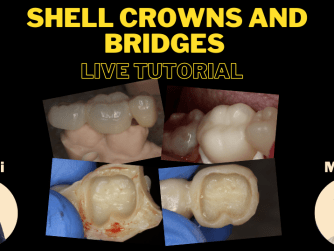 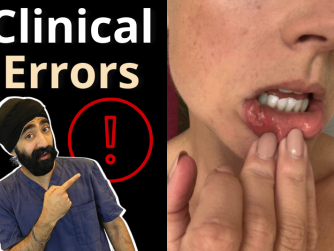