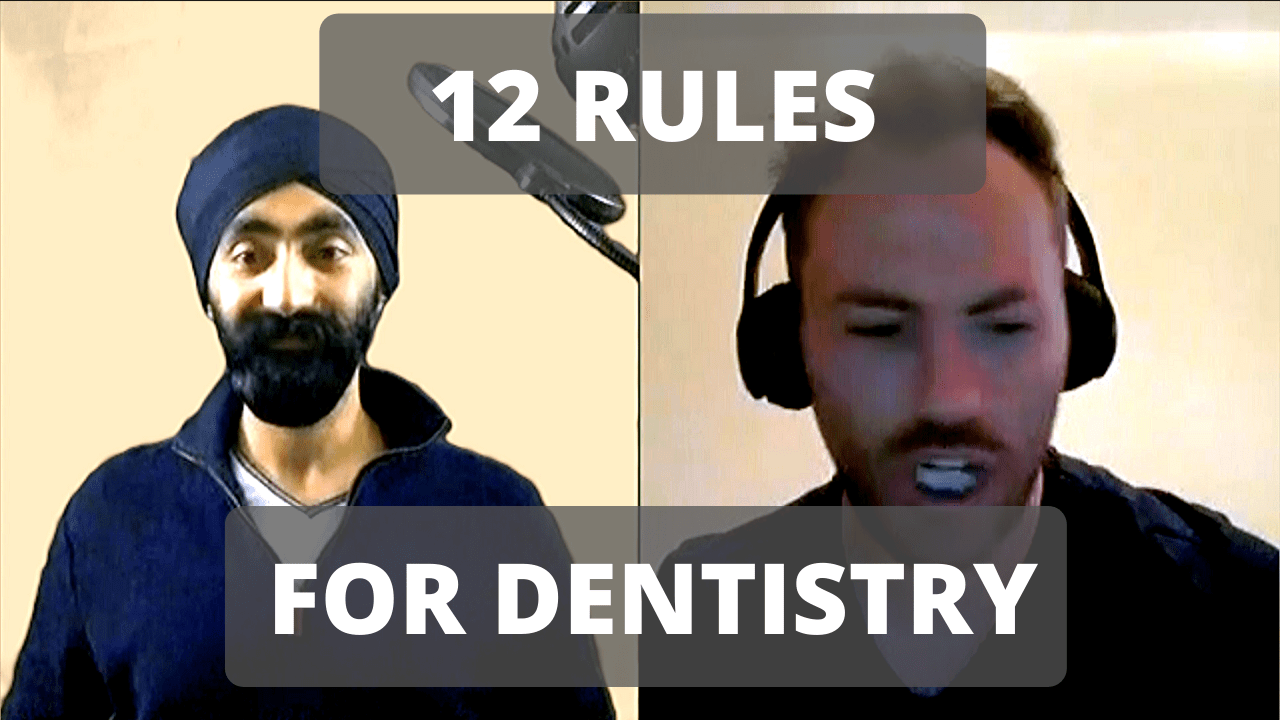 Welcome to my 2nd Interference Cast – based on Jordan Peterson’s book 12 Rules for Life.

David Bretton and I came up with our very own 12 Rules for Dentistry!

I had David come on for this because he IS Mr. Positivity in UK Dentistry.

We hope you find these relevant, engaging and ‘real’.

This is the audio version of my Video Podcast recorded earlier this month – if you prefer to watch the video (which I prefer, you get to see our silly facial expressions!) then you can watch it on YouTube or my Facebook page Facebook.com/protrusive or my IGTV

Rule 1 – See Everyone (and it’s not quite what you think this means!)

Rule 4 – Don’t own the patient’s problem

Rule 7 – Take time to take care of yourself

Rule 8 – Focus on your own journey

Rule 9 – Have mentors (it has never been easier!)

Rule 11 – If you’re not enjoying things, something needs to change

Rule 12 – Enjoy the present moment and the journey